Welcome to the 'Frequently Asked Questions' page of the Crash Tackle web site. Here you will find a selection of the common questions Crash Tackle players ask with an explanation from the CT Team.

Should you have a question that is not answered This email address is being protected from spambots. You need JavaScript enabled to view it. and we'll help you out!

In rugby and Crash Tackle who is the 'attacking' side?
The attacking side is the team that has possesion of the ball.

In rugby and Crash Tackle who is the 'defending' side?
The defending side is the team that does not have possesion of the ball.

If Team A scores. Does the restart happen in Team B's turn?
Team A’s turn ends when they score the try and attempt the conversion. Team B's turn starts there turn with the restart (kickoff).

If my ball carrier is tackled when over the tryline is the try still scored?
YES. The try is scored. However if the player is tackled on a space containing the tryline then a TMO (Television match official) roll must be made.

On the rugby field hexes that are split in half by the try lines, are these spaces considered within the in-goal area?
YES. However, scoring on these spaces will require a TMO (Television match official) roll to determine iff the try is scored.

On the rugby field, hexes that are split in half by the 22m lines, are these spaces considered part of the 22m area?
YES.

What if I want to do something not specifically covered in the Crash Tackle rulebook?
Crash Tackle is able to mimic most real rugby union situations, so if there is a debate simply think of how a real game of rugby would be played and apply this to the Crash Tackle board game. Or email us and we'll offer some advice.

Refering to the above question. If I had a Safe Hands card could I stand on top of a Grounded player and gather the ball before moving away?
YES. As long as your player is able to Move off of the grounded player after Gathering, then this would be perfectly legal..

If I move a player, i.e. a forward, 3 spaces and then I move another player can I still move that forward his remaining 2 spaces?
NO. If you move a player and then move another, you can not return to the previous player and finish moves he had left over. Unused moves are lost.

If a situation occurs where neither team can legally Gather the ball, how do we resolve it?
Although rare, this situation may occur. If the ball can not be legally Gathered then a Scrum must be awarded to the defending* team on the spot where the ball is.

*the team that does not have the ball.

If my scrumhalf (no.9) gathers can he move before using his 'free' pass?
NO. He must use his 'free' pass immediately after gathering the ball. If he moves first he will have to roll the dice as usual to make the pass.

Can the ball be Passed or 'Flip Passed' to an empty space?
NO. A Pass must be made to a team mate.

If your Scrumhalf gathers the ball and is immediately tackled, can he still make his 'free' pass?
NO. He is considered to be wrapped up in the tackle and so unable to get the pass away.

I have a doubt about the ball pass rule. Where will be the ball placed if you miss the dice roll?
The ball stays on the player who had the ball - So if number 10 was going to pass to number 12 and he fails the dice roll, then the ball satys on number 10 and your turn ends.

When can I pass?
In your turn you can pass at any time. This can be before, after or during a players movement. A player can move a few spaces, pass and then complete his move. It is also possible for a player to move, receive a pass, and then continue his movement.

If my player is tackled can he still pass the ball?
NO. The tackle is considered to occur immediately and your player is wrapped up in the tackle and can not get the pass away. The only exception to this rule may be the use of a Pressure Play card.

If I have the ball can I be tackled in my opponents turn?
NO. If you have the ball then tackling will only happen in your turn. The best your opponent can do in his turn is position his players next to yours and force the tackle when your turn starts. An excepetion to this would be foul play like a Dangerous Tackle.

What happens if I have a player (with the ball) on my opponents tryline and he is hit with a Dangerous Tackle from my opponent?
As normal both players are grounded and a referee roll is made for the Dangerous tackle. A TMO roll must also be made to see if the try has been scored.

If I am awarded a penalty after the full time siren has sounded, can I still take the penalty?
YES. You may choose to kick at poles if within range, take a scrum or kick for touch and receive the Line-out throw-in!

If my opponent performs a Dangerous Tackle on my player, can my player use a 'Hand-Off' card to negate the tackle?
NO. The 'Hand-Off' card can only be used in your turn as described on the card. The Dangerouds Tackle can only occur during your opponents turn. It is assumed that your player is not expecting such an underhanded tackle and therefor unable to hand it off.

Can I use the 'Cool Catch' card when the opponent kicks off?
YES. If the ball fails to land over the 10m line after playing the card, then a scrum is awarded to your team on the centre spot. Remember you can also play advantage!

How many cards can I use at a time?
As many as you like. For example you could use 3 Breakaways, a Hand-Off and Crash Tackle card all in one go!!!

If I play advantage and make use of any Pressure Play Cards during that time do I get them back if I decide not to continue playing and settle for scrum/penalty?
NO. If you use them in whilst playing advantage then they are used for good!

Can I 'Hand-off' a tackle and then play the 'Crash Tackle' card?
YES. All the opponents in the spaces around you will be grounded as your player simply shrugs them off and remains on his feet!

If a player uses the 'Flip Pass' card are you allowed to move another player into range before the pass is made?
YES.

Can I move my player before using the 'Cool Catch' card?
YES.

Does the Feared effect still work if the feared player is grounded or offside?
NO. Grounded and offside players can not be feared!

With scrums, does the ball automatically go to the 9 to the winning team?
The ball can be placed on the 9 or 8. Winners choice.

With line outs, who sets up first?
The attacking side sets up first. So the side who is awarded the line out.

Can the Smooth Pass be used to throw the ball into the Line-out?
NO.

Can my player run into touch with the ball?
YES, but the opposition will receive a line out on the space where he crosses the touch line.

I love the way you've made a complex game as simple as possible. It would be easy to say wingers should have better ball skills or... 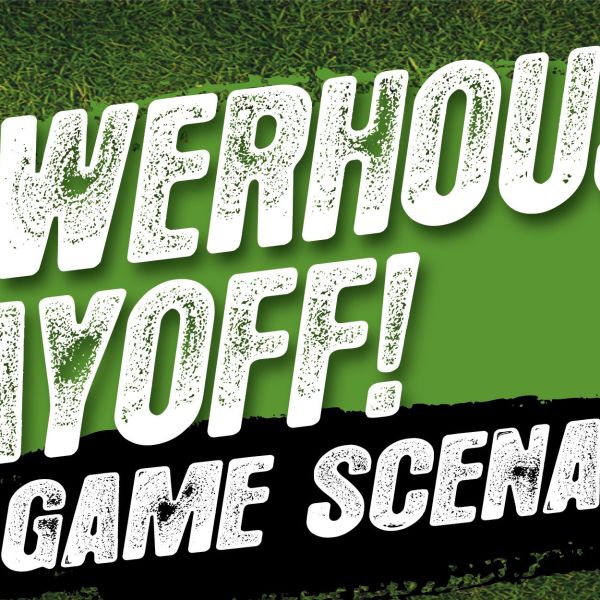 The Rugby Union World Cup is just around the corner and the excitement is building! In just a few months, the biggest rugby event ... 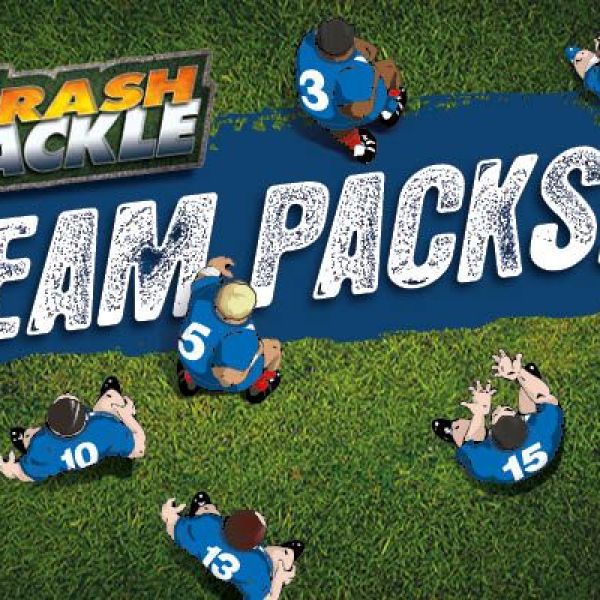